North of Nova Gorica, the Route ‘103’ hugs the emerald-coloured Soca river as it cuts through the Julian Alps. The road and river connect small valley floor villages and towns, and open up the area for sport fisherman, cyclists and concrete production – and even the concrete factory does little to disrupt the extraordinary serenity of the valley.

One hundred years ago this river valley was one of the most violent fronts of the Great War, the scene for 500,000 Italian and Austro-Hungarian casualties during three years of counter military offensives. This was a brutal campaign, fought at altitude and in the close confines of a narrow valley that brought the opposing forces into close, even intimate, combat. Rifles and bayonets were considered too cumbersome for this kind of fighting. Instead, soldiers used knuckle-dusters, daggers and clubs.

Today, the ‘Isonzo Front’ seems remarkably forgotten. Representations of the Great War are, in the UK at any rate, dominated by images and words that reveal the attritional qualities of modern industrial warfare – and are almost always situated within and between the trenches of the Western Front in Belgium and northern France. The Isonzo Front confounds the vast expanses of northern France, with a topographically confined no-man’s land, dominated by the watery dividing line of the Isonzo (Soca) River. 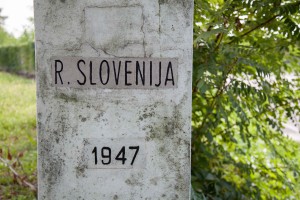 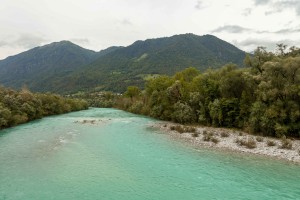 Within the Soca valley the war is similarly unacknowledged. There is a museum in the town of Kobarid and a recent endeavour to create a “Walk of Peace” that follows the lines of the trenches that were cut into the valley sides. Here, though, the politics of commemoration seem to be complicated by Slovenia’s own complex geopolitics – its alliance, as part of the Austro-Hungarian Empire, with Germany in fighting against Italy between 1914-1918, and its subsequent resistance to the Nazi regime (which involved fighting against Italy again) between 1939-45. 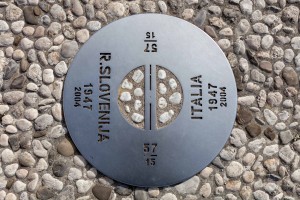 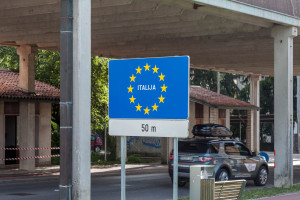 The latter has arguably overwritten the former – a process further compounded by the Soca/Isonzo valley’s proximity to another front line; that of the Iron Curtain between the Eastern Bloc and Western Europe. Slovenia, as part of the Federation of Yugoslavia, was again set against its near-neighbour, Italy, during the Cold War. Since Slovenia’s entry in the European Union in 2004 that dividing line, rather like the Isonzo Front, has been slowly erased. Former guards posts and crossing points now lie empty or have been dismantled, replaced with new European Union endorsed border signage. The twin-towns of Gorizia (Italy) and Nova Gorica (Slovenia) have, since May 2011, been conjoined in a common trans-border metropolitan zone, administered by a joint board. 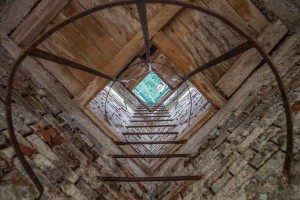 For all the forces of erasure, however, no-man’s lands are stubborn and difficult to remove and are not easily forgotten – they leave remnants, revealing themselves in urban and rural fabrics, economic activity and inactivity, in architectures, on maps and through the practices of commemoration, memorialisation and transgressive resistance.