From the get-go, our final destination was Bir Tawil, a trapezoid-shaped piece of desert on the Egypt-Sudan border. We were so enchanted by this place, that we even incorporated the contours of Bir Tawil into the Logo of the expedition.

Getting there required, however, more than just driving across Europe, Cyprus and 1,000 kilometres south of Cairo: a complex set of permits and approvals were required for us to enter the border zone north to Bir Tawil and to securely enter it. This proved to be a long, convoluted, and ultimately, an unsuccessful attempt.

A day after our arrival in Egypt, as we were packing up equipment and supplies for the long journey into the Northern Sahara, an email arrived from the Egyptian Embassy in London. Our request was refused. 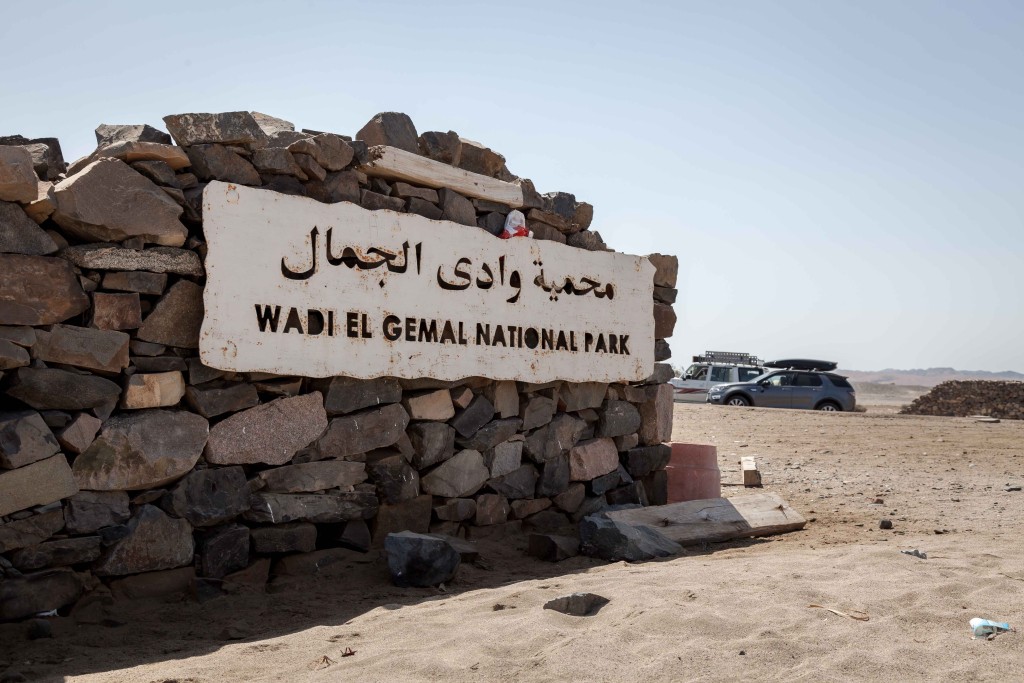 The entrance to Wadi El Gemal National Park – the start of the drive to the border region. 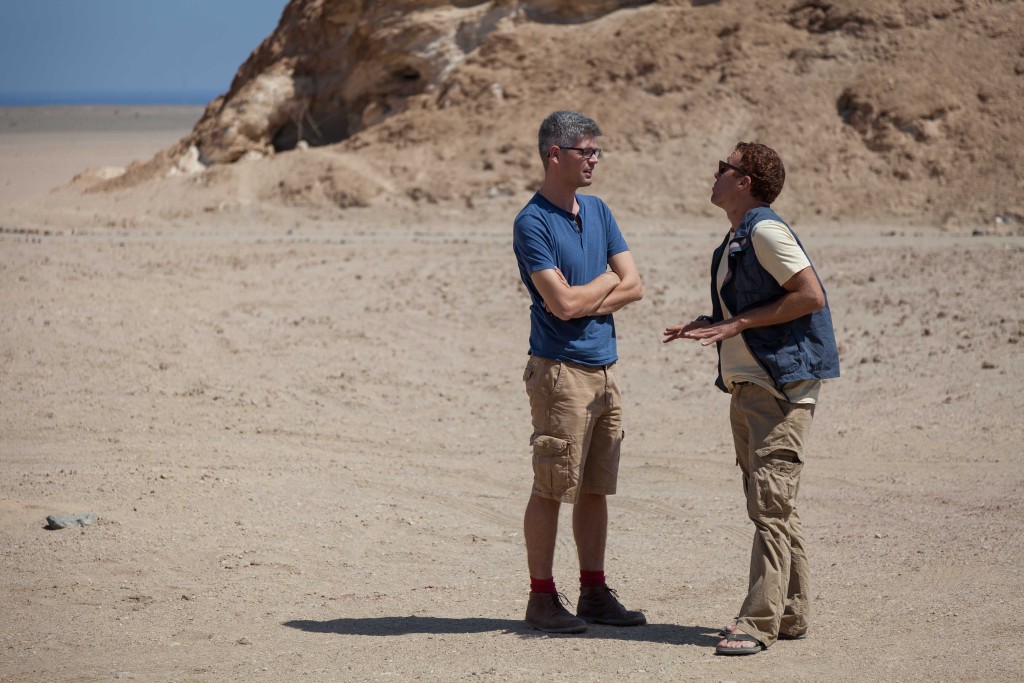 Alasdair discussing our options with our guide

It was a real disappointment, but at the same time offered us an opportunity to rethink what this expedition was all about. We never set out on this month-long journey with the sole intention of arriving at a final destination. It wasn’t about planting a flag and declaring victory. From the very beginning, this was about people, people who joined us and people who we met along the way. This research started with the aim of thinking about No Man’s Lands as living spaces, not as dead zones, and we found that to be true in every stop we made: From the medieval Nomansland Common in Hertfordshire, through the artists working in the former no-man’s land of WWI, the refugees trapped in the new no-man’s lands across Europe, and within the Buffer Zone in Cyprus. People constantly lived in and around these spaces. 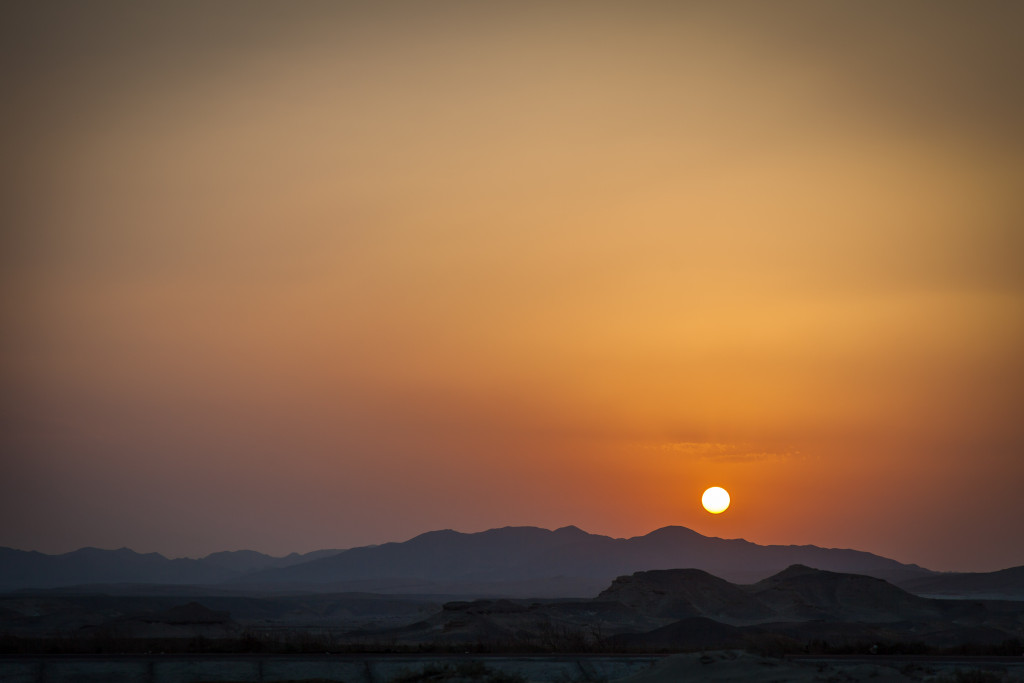 The sun setting over the Eastern Desert

Bir Tawil was no different. There was a rich history to be told, not simply through being physically present there, but by meeting and listening to the communities for whom this place continues to play an active cultural and economic role.

So we packed the cars, and headed south. We were welcomed by members of the Ababda tribe who live across south Egypt and North Sudan. It was exactly because of them that Bir Tawil was created in the turn of the 19th century, as an enclave between the Egypt-Sudan political border and administrative boundary. We heard stories of continual grazing in Bir Tawil, as well as long periods of absence in arid years. We heard about the changing political forces that impact the lives of communities along the border. We heard about the closing of some parts, and the opening of others. And we heard about the unique relationship of this community to the desert and to Bir Tawil in particular, a relationship that remains deep-rooted despite the immense geopolitical and economic changes that have swept the region. 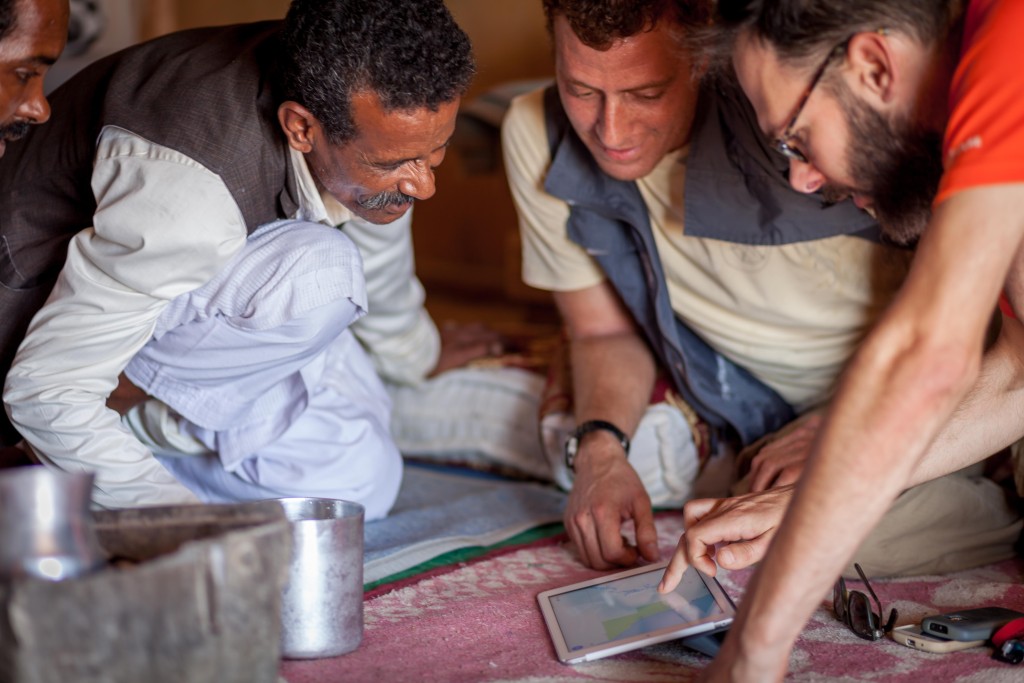 Talking with Abada tribesmen, showing them maps of Bir Tawil 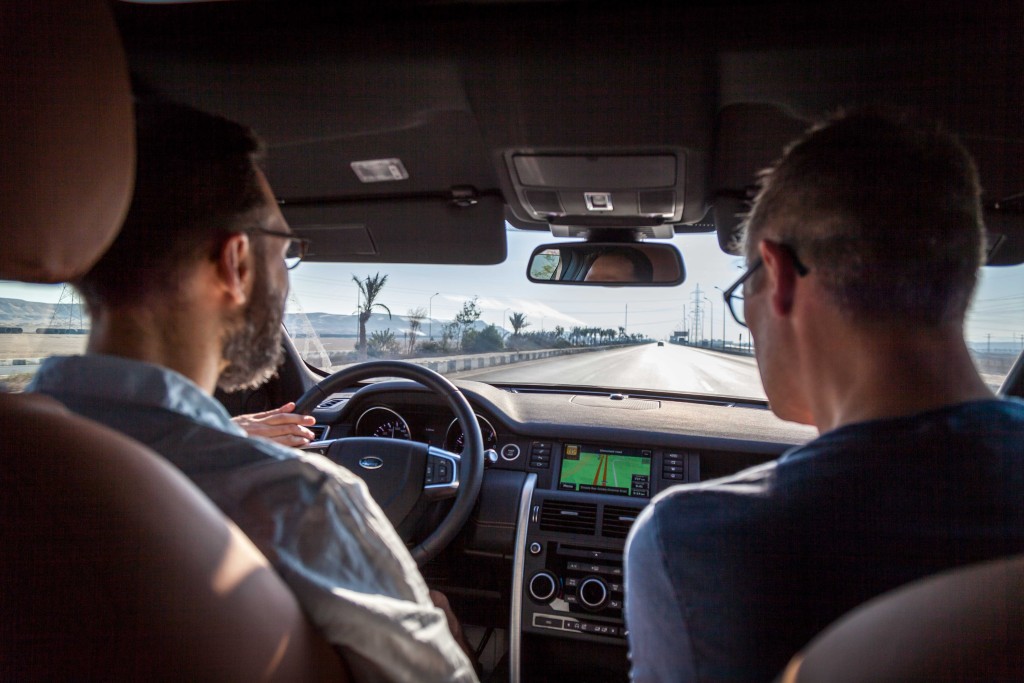 Landscapes of the Eastern Desert

When we mentioned recent, slightly odd attempts to claim Bir Tawil and proposals to turn it into some sort of independent “state”, the reaction was telling: these efforts were mocked, and laughed at. Despite appearances, no man’s land are never empty and cannot be easily appropriated. 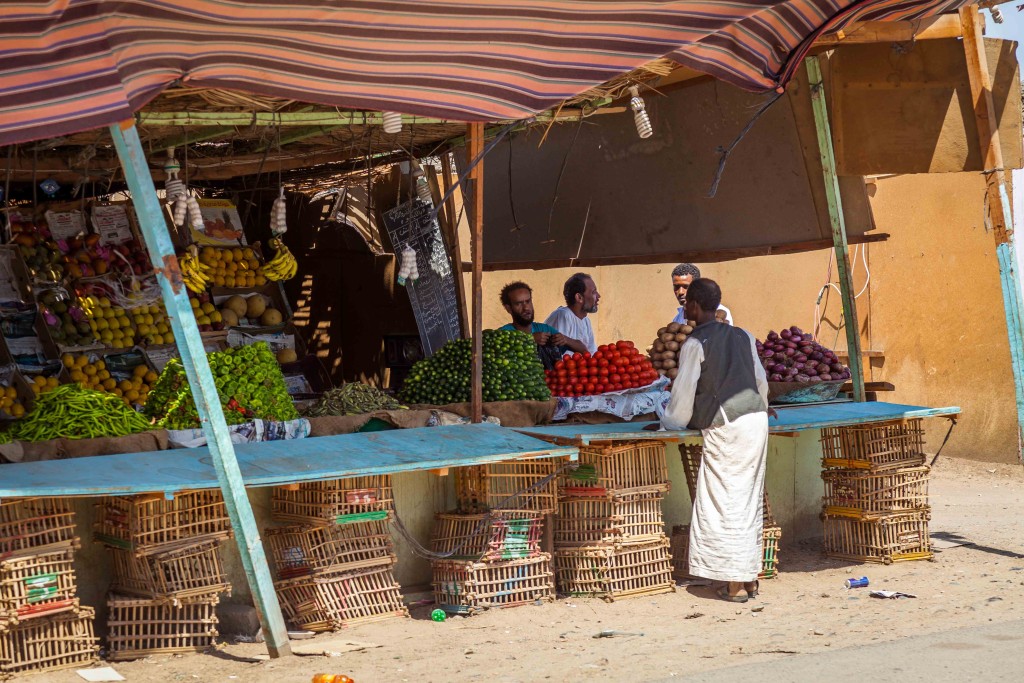 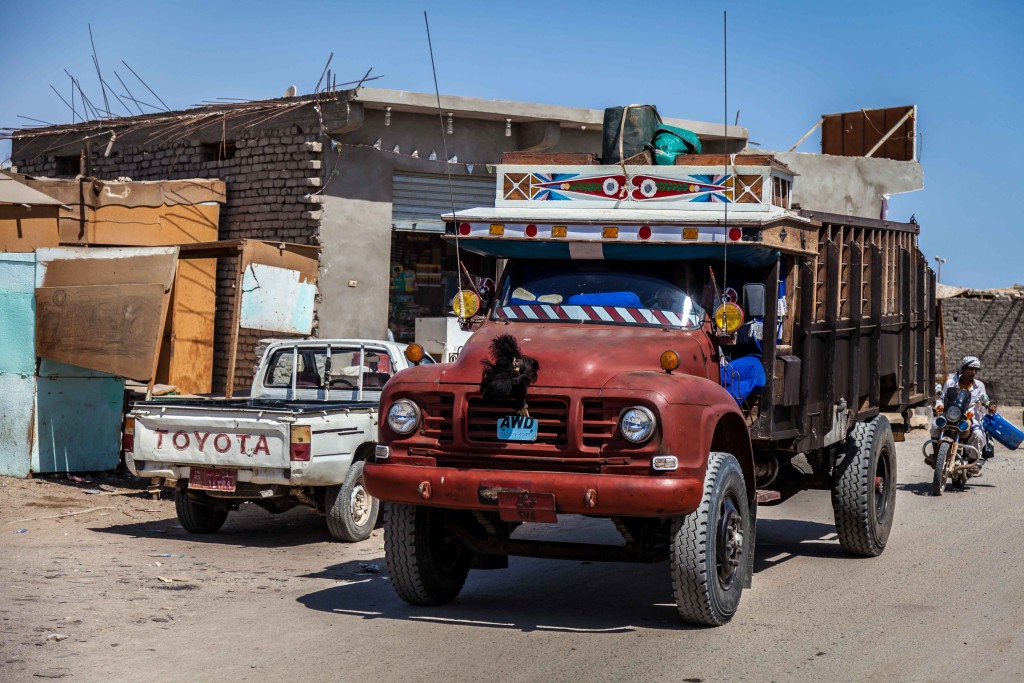 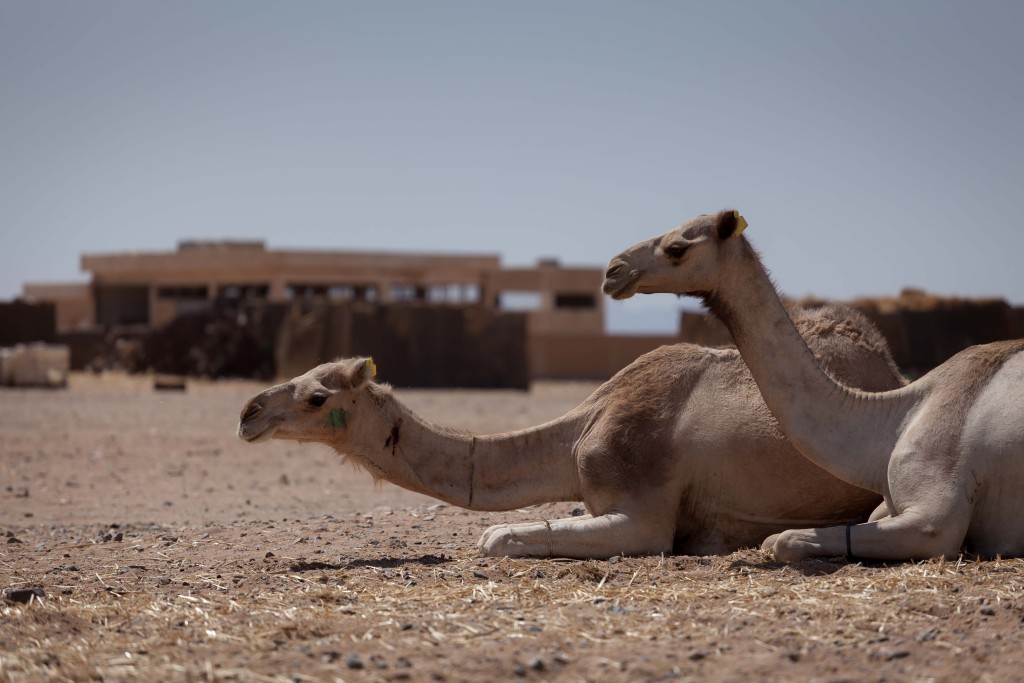 We headed as far south as we could. We drove on the coastal road along the Red Sea to the trade town of Shalateen, where camels, goods and people arrive from both Sudan and Egypt. We then crossed the Eastern Desert to the Nile Valley and the City of Aswan. From there we took the only road that leads south east into the desert and towards Bir Tawil. Within a few kilometres, between a police checkpoint and a military post, we had to stop, and turn around. This was as close as we physically could get.

But the journey was certainly not over… 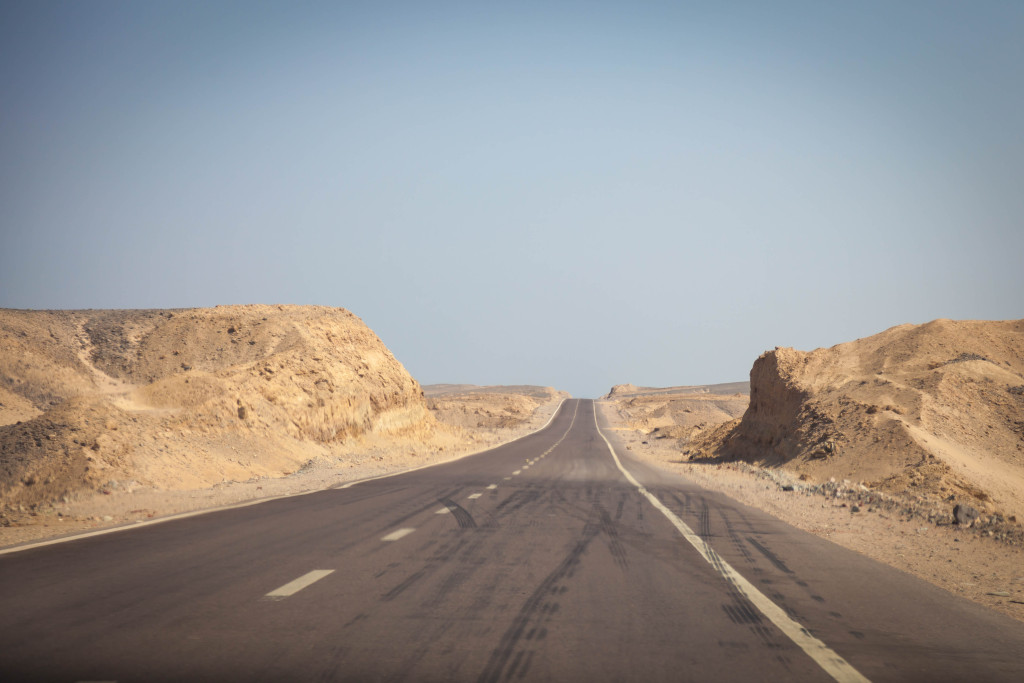 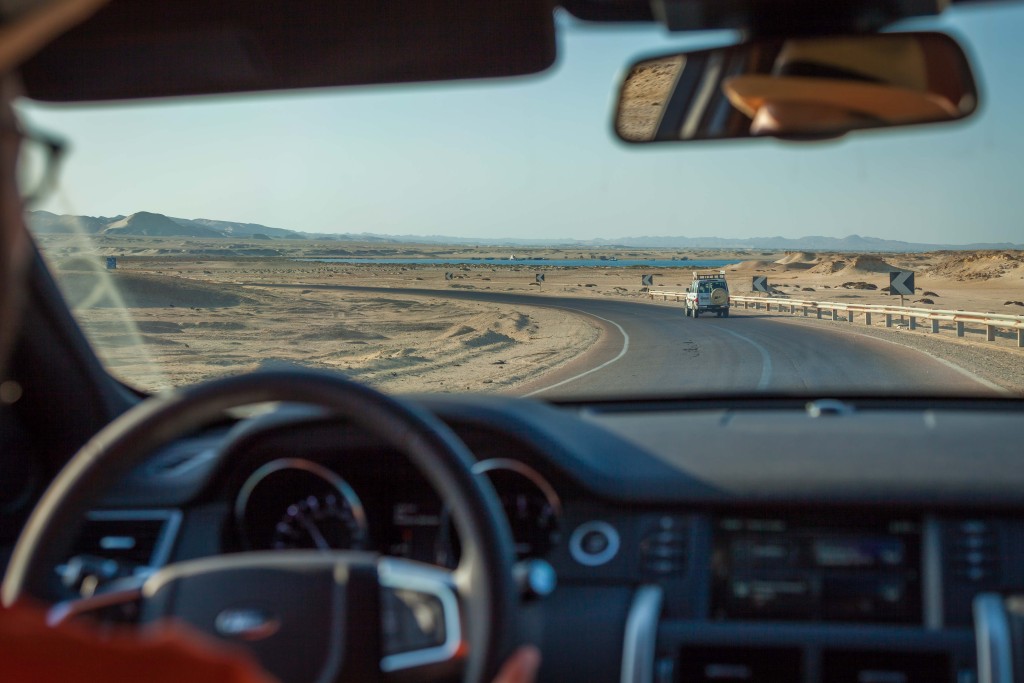