In this first leg of our expedition, we travelled from No Man’s Land to Nowhere. From London to marshes of Norfolk, we traced Medieval sites that somehow fall outside the “normal” order of governance and ownership.

The Black Death was sweeping across Europe and was rapidly approaching London in the winter of 1347. Realizing the calamity that is about to hit the city, Ralph Stratforde, Bishop of London purchased a plot of land just north of London’s city walls, which was previously used for executions. Within months, this plot was to become a mass grave for fifty thousand victims of the plague.

It was called Nomansland.

This is also where we started our journey in search of No Man’s Lands past and present, from England to the Egypt-Sudan border. 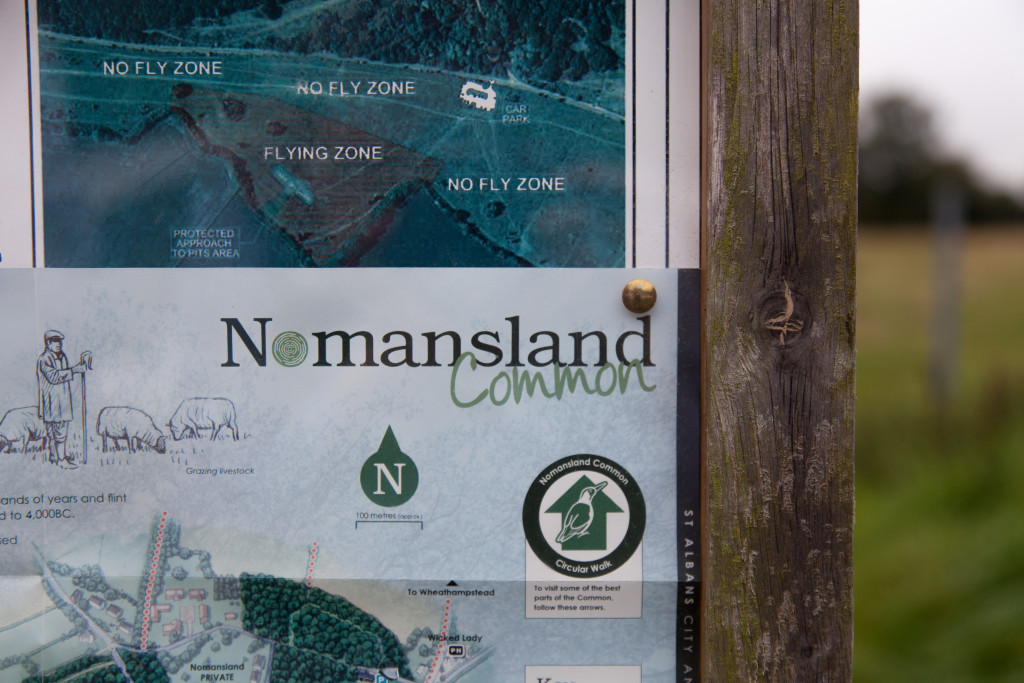 A sign on Nomansland Common. The space is now frequently used by the local flying club.

No Man’s Land, as Pascal Tréguer documented in his excellent blog, appeared as early as 1086 in the Domesday Book, the comprehensive record of land in Norman England, as a site of execution. In the following centuries, death continues to haunt this space: Chronicles of the reigns of Edward I and Edward II reported that in 1321 Lady Juliana, wife of Sir Thomas Mordach, against whom she conspired, “was burnt at None Man’s Land outside London”. Croniques de London, a chronicle of London written in Norman French, reported that on 19th November 1326, “Bernard of Spain, wine merchant, was beheaded for treason at London at No Man’s Land”.

From No Man’s Land we headed north – to Nowhere. Apparently, Nowhere is somewhere, and an 1890 record gives quite precise instructions how to get there:

Like No Man’s Land, Nowhere lies on the cusp between two Norfolk parishes, but other than that, little is known about this place. 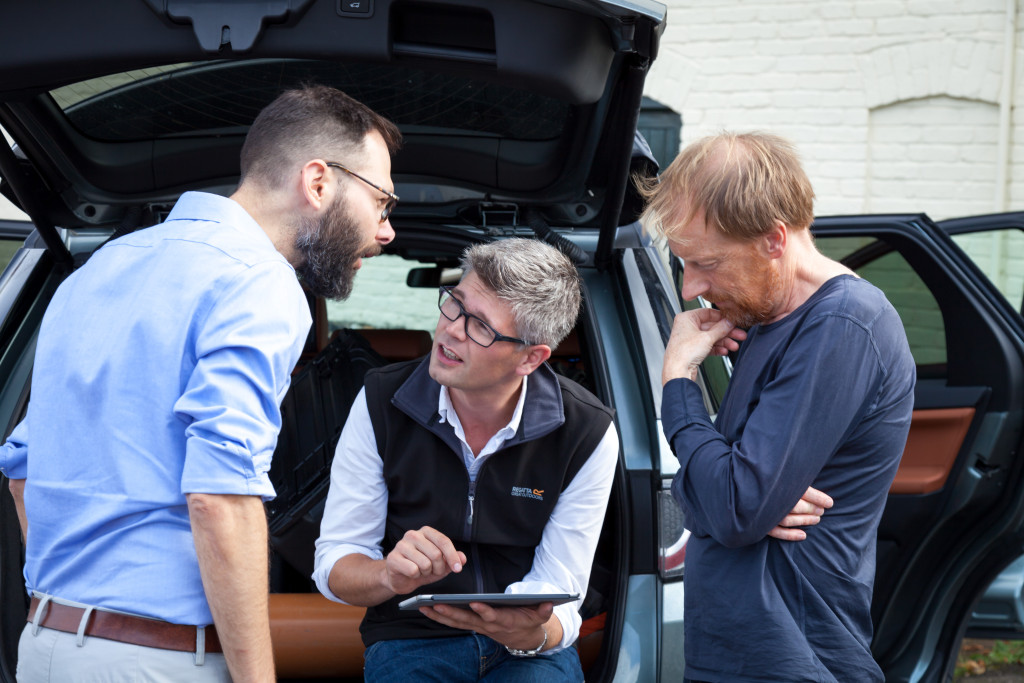 Noam, Alasdair and Simon debating where to search for Nowhere

We were fortunate to have a superb guide to Nowhere – the artist Simon Faithfull (see our video here). Simon’s work often engages in thought provoking ways with geographical oddities, like walking the Prime Meridian or being the first artist in residence with the British Antarctic Survey.

It is slightly paradoxical to look for Nowhere, because once you’ve found it, it is somewhere, and perhaps no longer “no-where”. Like the Hunting of the Snark, this is an elusive endeavour and instead of a futile pursuit, we spent the afternoon documenting Simon walking in a florescent yellow suit across the marshy landscape. The series of images capture the elusive encounter of sky and land, and the disturbing, luminous figure of Simon walking through the natural landscape- and ultimately disappearing altogether into Nowhere. 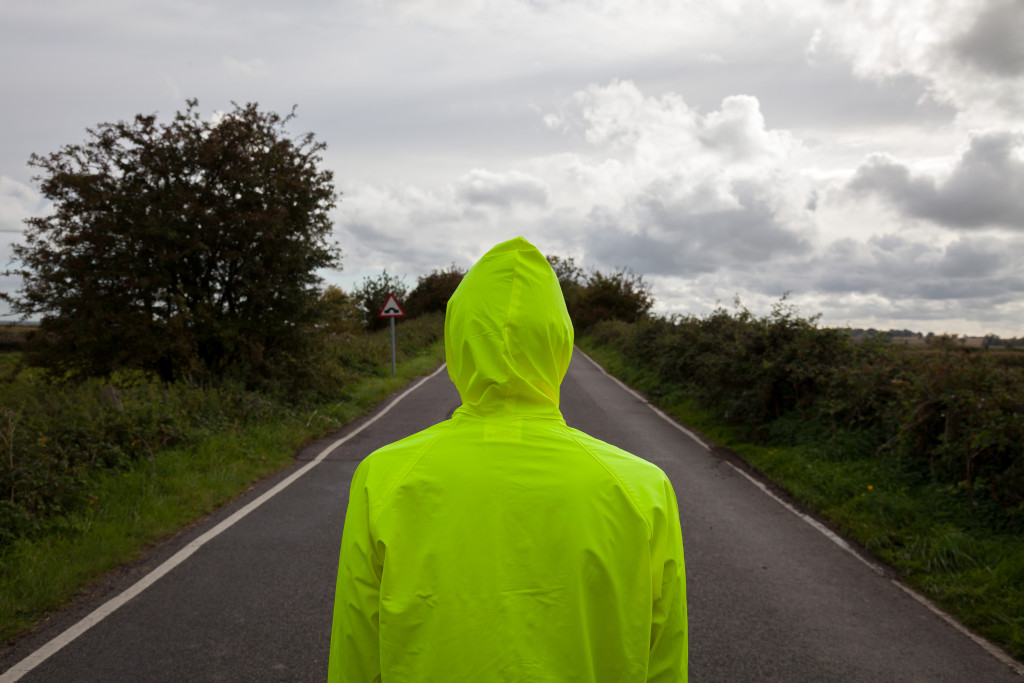 There is much more that we can do here. The recent discoveries made by archaeologists involved in London’s Cross-rail project exposed the Medieval No Man’s Land burial pit and with it new information on the origins of the Black Death. The Norwich Cathedral Archives hold promising records and maps that can illuminate the intricacies of these cracks between political powers that hold important lessons for today.

All this will have to wait for our return, as the ferry is about to haul us to Holland and from there, to the iconic killing fields of the First World War.

More about that in the coming days.